Wonders of Japan: Activities Amidst Nature

Experience a variety of sports activities carried out amidst nature.

There was a time in Japanese history when each domain acted practically as its own country. So it's hardly surprising that each area developed its own culture and customs, giving a distinctive flavor and flair to each region.

World-famous Japanese foods like sushi, ramen and sukiyaki are actually not frequently served at the dinner table in ordinary Japanese households. To find more typical home cooking, we need to look at a kind of Japanese cuisine known as 'ichiju-sansai.'

Visiting the Cradle of Japan

Miyazaki occupies a special place in Japanese history for a mountain town called Takachiho. For it was here the deity Ninigi-no-Mikoto, grandson of the sun goddess Amaterasu, is said to have descended to Earth.

Here's a selection of places that are beautiful in the warm weather, but in the winter, that beauty is multiplied!

Before jetting off back to your home country—or boarding a bullet train to Kyoto—you'll definitely want to arrive early at Tokyo Station and shop around for the perfect sweet souvenir to bring with you.

The 5 Best Views of Mount Fuji

If you're visiting Japan, Mount Fuji is one of the most iconic sights to see!

While going to a temple or shrine simply to observe is satisfactory on its own, it's well worth learning how to fully participate to get the most out of the experience.

10 Signature Sweets of the Tokai Region

The center of Japan is renowned for its landscapes, culture, and most deliciously, its sweets. Check out these 10 dessert items and just try to resist them!

5 Restaurants for a Taste of Ichiju-Sansai

The basic foundation of a traditional Japanese meal is 'ichiju-sansai,' which literally means 'one soup and three dishes.' This refers to a meal consisting of a bowl of soup, a main dish and two sides, supported by rice and Japanese pickles.

Mount Fuji is an object of faith for Japanese people, and a place their hearts draw support from, as expressed by the official name under which it's registered as a Cultural World Heritage Site: 'Fujisan, sacred place and source of artistic inspiration.'

48 Hours in Kyoto on a Budget

This isn’t Kyoto for the faint-hearted. So lace up your comfy shoes and get ready to hit the pavement!

I decided, once and for all, to figure out the differences between a temple and a shrine.

Here are seven snacks to whet your appetite and encourage you to break out your snow boots.

Follow Abi pop during her journey in Tokyo's kawaii spots.

Searching for the Imperial Regalia of Japan

Japan's Imperial Regalia have only ever been seen by a select few. Here we try to demystify these national treasures, hunting down the sites where they are said to be located.

3 Ways to Get More Out of a Temple Visit

Three can't-miss activities during a Japanese temple or shrine pilgrimage.

Hit 3 Sites in Hiraizumi in Just One Day!

The UNESCO-registered temples and gardens of Hiraizumi represented an attempt to create an ideal world on Earth.

4 Ways to Hit the Snow from Tokyo

Just because you'll rarely see flakes in Japan's biggest city doesn't mean you can't reach them when needed. Here are four great ways to meet all your skiing and snowboarding needs right from the bright lights of the metropolis!

All About Teaching in Japan

Becoming an English teacher is one of the best ways to come to Japan. If you're thinking about it, we're here to educate you on the points you'll need to know before you sign a contract. 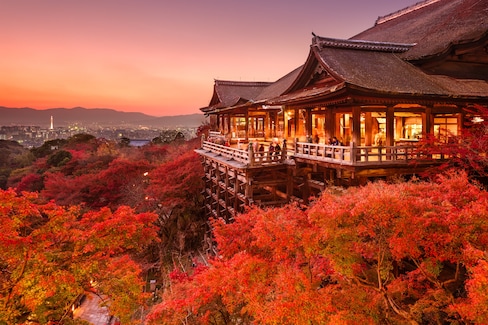