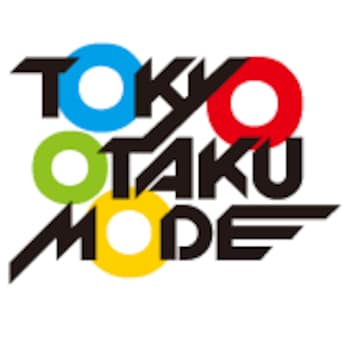 Internationally recognized violinist Ayako Ishikawa covers some of the greatest anime themes of all time—with a little bit of thrash!

In this adorable commercial, Vocaloid idol Hatsune Miku offers an extra-sweet tip on how to enjoy your chocolate sticks this summer. First step: don't eat them right away!

Who is the Hottest Ghibli Guy?

The Ghibli universe is filled with incredible characters, among them certainly some men who will steal your heart—some more literally than others!

Tokyo Otaku Mode polled fans for their Pokémon of choice. Did your favorites make the list?

As part of the promotions for the Marvel movie 'Captain America: Civil War,' three major shounen manga titles have also revealed their own versions of 'civil war'—illustrated by the respective manga artists themselves!

Some manga artists are coy about their gender, even going so far as to refer to themselves in the masculine form to muddy the waters.

Many Japanese artists have at least one song dedicated to cherry blossoms, and the Vocaloid genre is no exception.

Top 10 Most Anticipated Anime of Spring 2016

The time has come the walrus said to talk of many things, like the most anticipated anime of 2016 spring!

With 'Cute is justice!' as its theme, Gonoturn is a fashion brand specializing in cute and stylish face masks as a way to bring its take on cuteness to the world.

This Italian restaurant in Kanagawa has perfected the art of pancake anime.

Why make regular sweet buns when you can make Saitama sweet buns?

Uber-talented Korean food artist and YouTuber Sweet The MI shows us that cookies and milk can be a lot more kawaii than we could ever imagine!

Looking for a pick-me-up? Give your drink a little character with our Top 5 'edge of cup' figurines!

There's lots of fun stuff over at Tokyo Otaku Mode that keeps us hovering over the 'add to cart' button. Here are 10 of our most tempting favorites!

Big Yard is a well-known shop in Nakano that both buys and sells essentially every kind of model train.

This amazing artist from Japan invites you to check out his stylistic drawing techniques.

The Making of an Ultimate Otaku Room!

Ever wondered what it takes to build your very own otaku room? Here's a sneak peek at how photographer Richard Kanauru does it!

How To Customize Your Nendoroid Figures

Check out this tutorial to find out how to maximize the fun you can have with your Nendoroids!

Want Senpai to Notice Your App?

If you’re a fan of 'atsume'-style games, this new app will definitely make your heart go dokidoki!