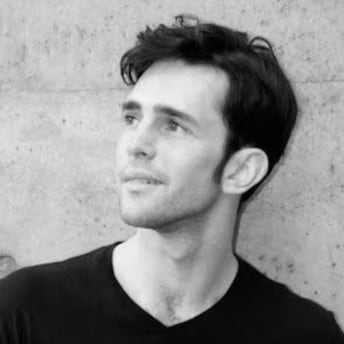 All About Michael Kanert
In Japan since 2001, I'm a former ALT trainer who's lived in Shizuoka, Saitama and Tokyo, and visited 34 of Japan's 47 prefectures (13 to go!). When I can get out from behind the editorial desk, I take photos, do bits of theater and practice German longsword.

What I like about Japan
I'm a fan of anything old: castles, temples, art and traditions, you name it! Kyoto wins for density (spring and fall are unforgettable), but I also love everything outside the big cities—particularly Hokkaido, Tohoku, Hokuriku, the Izu Peninsula and the dynamic southern reaches of Kyushu. You'll find the real heart of Japan in the countryside.

4 Ways to Hit the Snow from Tokyo

Just because you'll rarely see flakes in Japan's biggest city doesn't mean you can't reach them when needed. Here are four great ways to meet all your skiing and snowboarding needs right from the bright lights of the metropolis!

Japan gets so much snow that some of its biggest resorts offer skiing into the second week of May—and there's even one that goes into July!

When you get tired of the pistes, there's always plenty of powder off the back—or further up! From Nagano to Hokkaido, here are the nine best backcountry ski spots in the country.

48 Hours in Kyoto on a Budget

This isn’t Kyoto for the faint-hearted. So lace up your comfy shoes and get ready to hit the pavement!

The &Tokyo campaign aims to promote the city as one that constantly generates new styles while bringing tradition and innovation together.

From Hiroshima to Nikko and all points in between, this four-minute video covers a whole lot of ground!

A Primer on Christmas in Japan

From KFC and Christmas cakes to illumination and impending 'o-shogatsu,' YouTuber Mimei will walk you through the keys to the season.

New Godzilla Trailer is a Whole Lot of Shaky

Tokyo has maintained its title as the world's most Michelin-starred city—but more importantly, for the first time in history, a ramen shop has received a Michelin star!

Opened in early 2015, Tsumamigui aims to occupy the space between cheap and easy conveyor belt sushi and more formal (and expensive!) sushiya.

Think Cybertron has it bad? In another distant system, the transforming Nigiri and Makare are battling to bring peace to planet Sushilias.

Do you sometimes dream of food? You probably don't dream about it like Jiro.

Now with three shops in New York and another in Los Angeles, Ramen Burger's Keizo Shimamoto opened his first Japanese branch in May 2015, located just a few blocks south of Nakano station on Tokyo’s west side.

This incredible video will make you want to pick up a sword and visit Kyoto. In a good way.

Laugh Your Way to Linguistic Enlightenment

Canadian rakugo sensation Katsura Sunshine offers a brilliant breakdown of some of the key quibbles of the Japanese language.

How to Navigate Japan With Just One Word

When people travel to a foreign country, they tend to try to pick up a few key phrases before they go: how to say hello, how to ask for the bill at a restaurant and so on. You can do that for Japan as well, but the truth is, you actually don’t need to.

5 Reasons the Japanese Language is Crazy

2,000 years of development can leave a pretty big linguistic jumble.

Did you know that the newest Japanese toilets offer automatic sterilization, a dryer and even a massage option?

Roadside station Forest 276 Otaki looks like a log cabin, but its toilets are fit for a movie star.