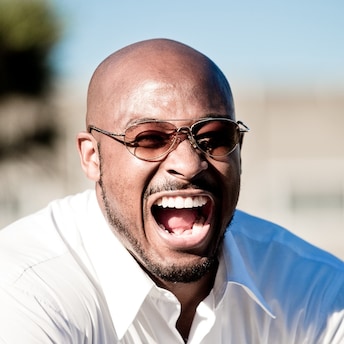 All About The Japan Guy
Donald Ash is an ATLien expat who has been living in a Japanese time warp for the last seven-plus years. While in aforesaid time warp, he discovered that he absolutely loves writing, blogging, and sharing. Donald is the creator, writer, designer, editor, programmer and occasional bad artist of thejapanguy.com blog (yeah I know... way too many hats huh?). Wanna know more about this guy? You can find him at thejapanguy.com!

Wait, What?! A Yellow Watermelon?

Have you ever tried a yellow watermelon? The Japan Guy chanced upon one in his local supermarket and decided to give it a go.

If you're thinking of traveling or move to Japan, the Japan Guy is here to tell you why fall is a great time to come.

If you had to choose between Tokyo Disneyland and Tokyo DisneySea, which would you choose?

Can't take the heat? Here are 15 ways to change your situation!

The Japan Guy tackles an age-old philosophical question: 'What's the deal with umbrellas here in Japan?'

My First Time at a 'Ryokan'

The Japan Guy gives us his first impressions of a traditional Japanese inn in a refreshingly humorous way!

How to Choose Your Apartment in Japan

There's nothing more satisfying than finally settling down in your new pad. Here are some useful tips that can help you when choosing your new apartment in Japan.

Renting in Japan can be expensive, due in large part to that pain-in-the-butt key money. This exorbitantly expensive fee is a major reason why some foreigners may feel hesitant about moving to a new place. So what's the alternative?

Why I Stopped Teaching as an ALT

The Japan Guy explains his reasons for ending his career as an Assistant Language Teacher in Japan.

In Japan, paper-rock-scissors is known as 'jan-ken-pon.' Children here use it to decide virtually everything—and this means that if you're a schoolteacher, 'janken' is one of the very first skills you need to pick up!

How Japanese Students Clean their Classrooms

Do you know the secrets of 'zokin-gake'?

There are no winners in the 'kancho' game. But lots of kindergartners and elementary school students love playing it. Find out how to spot it before you, too, become a victim!

Tour the Inaba Brewery in Ibaraki

The Japan Guy takes us through the Inaba Brewery on a snowy day—and reveals what lies behind a certain mysterious little door!

As a (mostly) non-drinker, The Japan Guy has a pretty good memory of what happened at the 'izakaya' last night. Here's his take on the whole affair.

After detailed investigation, The Japan Guy has determined that Japanese public school lunches beat the pants off the lunches at his elementary school back home.

I decided, once and for all, to figure out the differences between a temple and a shrine.

Being Santa Claus in Japan

I never once had to don a Santa suit while living in the U.S. But since I’ve been here in Japan, every single year, without fail, something comes up where I always end up in a Santa suit.

Think you know your sushi? Take this quiz and prove your mettle!

The 10,000 Hours Approach to Japanese

Will investing 10,000 hours into studying Japanese make you fluent?

Will a Japanese Girlfriend Help Your Japanese?

If you're struggling with learning Japanese, is a Japanese girlfriend the answer to your problems?

Celebrating the finest and freshest authentic foods and ingredients straight from Japan.

10 Things You Didn't Know About Geisha

See Your Country as a Samurai with This Series