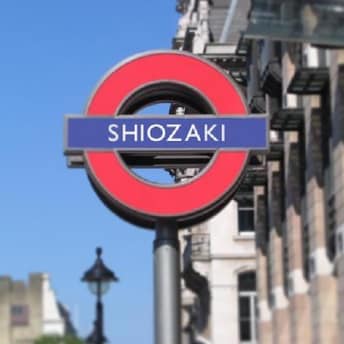 All About Thomas Shiozaki
Art of life & travel; local vs. foreign. It's me, it's not me; but definitely for you. #Followme, together we tell a story.

Summer is always an eventful time in Tokyo. During July and August, there are countless summer firework festivals to see!

Fruits in Japan can be expensive when compared to other countries—in fact, five out of the six most expensive fruits in the world are from here! Let's took a look the these costly treats!

As much as you might see about summer fireworks, there are also a number of other fantastic festivals happening in different corners of Tokyo that are very much worth heading out for!

Top Ranked Fruits in Japan for Each Season

Japan is a country with clearly defined seasons, which allows Japanese farmers to grow specific fruits that are seasonally popular. We'll teach you the two top fruits from each season to be on the lookout for no matter when you visit Japan.

All About ADMT: Advertising Museum Tokyo

To commemorate the 100th birthday of Hideo Yoshida, the fourth CEO of Japanese advertising conglomerate Dentsu, an NPO group called Yoshida Hideo Memorial Foundation opened a museum in December 2002 dedicated to the history of advertising in Japan.

We've put together four of our favorite viral videos that garnered fans on an international level.

Get to know the wonderful world of Western sweets in Japan.

These 4 Traditional Sweets Will Take You Back

A quick and easy guide to 'wagashi,' or traditional Japanese sweets.

Get to Know the World Famous Dentsu

Dentsu has a huge influence on Japanese culture by deciding when, what, where and how things got promoted, as Dentsu owns stocks in different mass media conglomerates. But just how much do you know about this global powerhouse?

Best Seasonal 'Wagashi' Throughout the Year

Seasonality is a key to Japanese culture. Each season brings exciting and different things to do, see and, of course, eat! Here are our favorite traditional Japanese sweets, or 'wagashi,' for each each season.

Tired of the crowded clubs and bleak bars? Here are four options that will help you get through the night in style.

4 Hottest Areas for Nightlife in Tokyo

The largest metropolis in the world, Tokyo understandably has everything you could ever need. During the day, offices are humming with busy workers; but at night, the streets of these four hip areas are buzzing with nocturnal party animals.

As a kid, you probably went on fun field trips with your school, getting a chance to learn up-close about a particular company or area of the world. Give your children the same opportunity by taking them on a field trip to these four Tokyo offices.

Hokkaido is a vast island that hides incredible secrets for those willing to look a little deeper. Here's our list of locations overseas travelers often miss, but would be amazing additions to your next Hokkaido itinerary!

Don't Leave Hokkaido Without These 5 Souvenirs

Hokkaido is an island blessed with nature that lends itself to the creation of many great natural products. It also provides excellent ingredients for popular souvenirs. If you're looking for inspiration, here's your souvenir shopping list.

Japan's biggest prefecture is also home to some of the freshest products that are only possible thanks to the unspoiled nature of Hokkaido.

As the rights of the LGBT+ community are becoming a huge topic in both people's personal lives and the corporate sphere in Japan, a number of Japanese LGBT+ icons have been leading the conversation—some for a very long time!

Inside the Secret World of Japan's LGBT+ Slang

Around the world, every language and culture has evolved to add jargon relating to the LGBT+ community, and Japan has its own words too. We'll teach you a few terms you may hear around the country—if you're listening carefully.

Need a break from the long hours of working in Japan? Let's take a look at Japan-only national holidays that can't be found in any other country.

Find your inner peace and a bit of fresh air at one of these four areas of natural wonder, each only an hour or two away from the city center of Tokyo.

Experience the Great Outdoors in Gunma