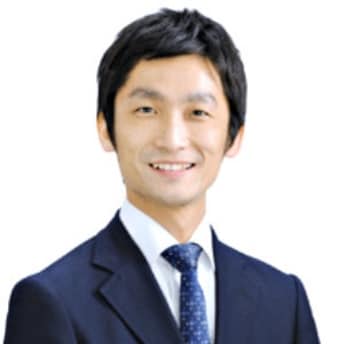 All About Masayoshi Sakamoto (坂本正敬)
Masayoshi Sakamoto is a Japanese writer and translator based in Toyama. He writes news and columns for a number of publications and web magazines, including All About Japan. He contributes to All About as its Kurobe-Tateyama guide.

Japan's unique, colorful New Year dishes are part of the traditional celebration of this auspicious day. Here's the story behind the holiday and the dishes that are enjoyed throughout the country.

How Many 'Kanji' Should You Learn?

Studying 'kanji,' Chinese characters used in Japanese, can be time-consuming and difficult for many learners. The sheer amount of characters is intimidating—combine that with multiple readings, and it's hard to know where to start! We're here to help.

Although sushi might be the first thing that comes to mind when thinking about Japanese food, it's actually an irregular part of the Japanese diet. The following five foods are consumed far more frequently. Have you tried them all?

How 5 Tokyo Neighborhoods Were Named

Shinjuku, Shibuya, Ginza, Asakusa and Akihabara are incredibly popular areas, and at the top of many traveler's 'To See' lists! Learn how these famous Tokyo neighborhoods got their names.

Which to Choose: Hida Takayama or Furukawa?

Hida Takayama and Hida Furukawa may be close to each other, but they both have unique charms. We'll compare them on four key points for travelers so you can see which destination is right for you!

Hop on a Highway Bus to Hida Takayama

Major cities in many regions of Japan operate highway bus terminals, which are a great way to save time and money on your way to Hida Takayama.

A little known fact about Japan: there is a long road between Toyama and Hida Takayama that just happens to be the connecting thread between five Nobel laureates, which has earned this stretch of highway the nickname of "Nobel Prize Road".

How to Sit on a Japanese Cushion

If you live in Japan, there's a good chance you'll eventually have to sit on a Japanese cushion, or 'zabuton.' So how do you do it? There's more to it than just plopping down your bum!

How to Stay at a Capsule Hotel in Japan

A capsule hotel offers a cheap alternative to more typical hotel accommodations. It might be a tight fit, but a capsule can certainly save you money! Here's how you can ensure you have a successful stay in a Japanese capsule hotel.

Where do you go for fast fashion in Japan? Start with one of these five chains, ranked as the nation's most trusted brands in a survey of over 120,000 consumers!

Tokyo is famous for 'otaku' hotspots like Akihabara, Ikebukuro and Nakano. But where do you go if you're not in the Tokyo area? We've got your 'otaku' needs covered in seven other major cities around Japan!

Tokyo isn’t known for nature. But if you visit the western part of the prefecture, you'll run into Chichibu-Tama-Kai National Park, an excellent getaway for both the avid hiker and the extreme mountain climber!

World's 3 Snowiest Cities All in Japan!

If you've never lived in Japan, you may now know the nation has sort of a thing for snow. How much snow? Well, the world's three snowiest cities are all in Japan! Can you guess which ones they are?

Preparing to Drive Around Snowy Areas in Japan

When traveling around snowy regions in Japan by car, you'd better prepare your vehicle in advance to survive scary road conditions and frosty weather. Check out our to-do list before departing for snow-covered lands such as Hokkaido, Tohoku and Hokuriku.

Use a Japanese 'Hottie' to Keep Warm in Winter

Survive the harsh Japanese winter by cuddling up in bed with this hot little number.

How to Build a Full-Scale Japanese Igloo

Have you ever wanted to build an igloo? Yokote in Akita Prefecture is very famous for its igloo making festival, called 'kamakura.' We'll show you the traditional method of building snow huts just like they do in Yokote.

10 Ways to Save Money on Electricity in Winter

Electricity costs in winter can go through the roof because more energy is needed for heating and your time spent indoors increases. If you want to survive winter in Japan at the lowest possible cost, follow these helpful tips for saving on electricity.

How to Bathe in 'Sento' for Beginners

Have you ever bathed in a public bath in Japan? While it may seem cool for international travelers, some hesitate at the idea of stepping inside because the rules and manners of 'sento' are veiled, creating an air of mystery.

Department stores in Japan have a lot to offer, from brand name to local products, all under one roof. This article will introduce five must-visit stores in Japan that achieved fame through high consumer satisfaction in a nationwide survey.

Make time in your schedule to visit the snow wall, Yuki-no Otani, this spring using our cash-saving tips.