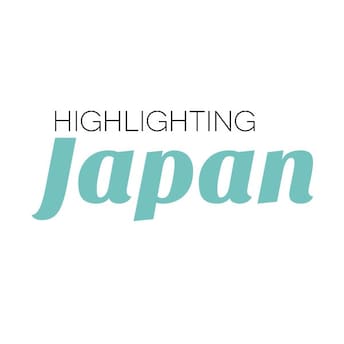 Located in Iwate Prefecture, Hiraizumi was the administrative center of northeastern Japan in the 12th century, said to have rivaled the splendor of Kyoto at its peak.

Established in 1948, Seijin no Hi (Coming of Age Day) is dedicated to those who have reached 20 years of age and are therefore considered adults in Japanese society.

Cherry blossom vewing, or 'hanami,' has a long tradition in Japan. Today people head out in droves to picnic beneath the blooming cherry trees, while more than a millennium ago, members of the royal court composed poetry just for cherry blossom viewing!

Every November 15, parents pray for the development and happiness of their 5-year-old boys and 3- and 7-year old daughters.

The Past and Future of Japanese Sports

Professor Lee Thompson examines how media narratives have shaped the public’s view of Japanese athletics from the postwar period to the present.

While the Tokyo Marathon may get a lot of attention, there are a number of other prime sporting events you can watch or take part in throughout the year, from triathlons and trail running to snowboarding and surfing.

8 Things You Didn't Know About Sports in Japan

How often does a sumo wrestler wash his loincloth?

The opening ceremony of the 1964 Tokyo Olympics was held on October 10, which in 1966 became a national public holiday known as Health and Sports Day. Many schools hold athletic events and sports meets on this day.

Tokyo Marathon: The Day We Unite

Launched in 2007, the Tokyo Marathon now draws up to 37,000 competitors, over 10,000 volunteers and more than 1.5 million spectators, and has become one of the world’s dominant marathons.

Wasabi is Japan’s signature condiment. There is no substitute for the pleasurable burn on your palate of the grated goodness of this herb!

Of the 23 sites in Japan recognized by UNESCO for contributing to the nation's Meiji Era industrial revolution, 16 are located in Kyushu.

'O-tsukimi' refers to the Japanese custom of viewing the harvest moon on August 15 of the old lunar calendar, which is the day the beauty of the moon is considered to be the greatest. For 2016, that date corresponds to September 15.

Audiences may not know what to expect when Naomichi Hanazono appears on stage. Dressed in garb inspired by traditional Japanese garments, he could have stepped out of a kabuki play. Then Western pop music starts up, and Hanazono springs into action!

Come with us on a journey to Akita Prefecture to see an incredible wooden theater, the oldest one in existence in Japan.

Kagura: A Dance Fit for the Gods

Kagura is a ritual dance associated with autumn that, according to legend, was entertaining enough to coax the goddess of the sun to come back out of a cave and light the world again.

This incredible Hokkaido zoo has been attracting 3 million visitors per year by making the visitors the animals' toys.

Those sand dunes aren't in Hawaii, Australia or the Middle East—they're on the west coast of Japan!

It's Easy to Discover the History of Takayama

Ranked as a three-star Michelin destination, Takayama's ancient streetscapes are full of traditional shops, while its Takayama Matsuri is known as one of Japan's top three most beautiful festivals.

Yufuin: The Quintessence of Hospitality

Nestled in the shadow of Mount Yufu, Yufuin is a compact hot spring town where quaint inns are mixed with regular houses and rice paddies—as well as lots of unique cafés and galleries.

The Shrine with the Best View of Mount Fuji