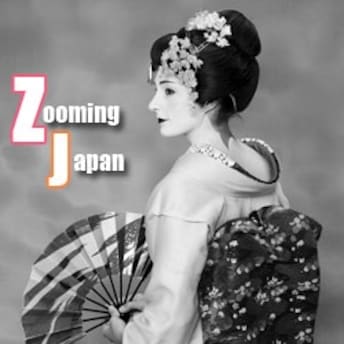 All About Zooming Japan
Zoooming Japan does what the title implies: it zooms Japan, bringing it closer to everybody and offering a lot of details about the country. The website focuses on traveling in Japan, but also has a lot of other interesting information concerning daily life (e.g. how to obtain a Japanese driver’s license) and culture.

From Tokyo to Okayama with Zooming Japan

Join Jasmine from Zooming Japan as she does what she best—travels to locales around the country, getting up close and personal with local sights, food and culture!

One of Osaka's most iconic areas, Dotonbori is bursting with shops, restaurants, arcades and more. Find out why this downtown area is a must-see when visiting Osaka!

Zooming Across Japan to Miyazaki Prefecture

From the most famous spot in Takachiho, the Takachiho Gorge, to the magnificent power spot Amano Yasugawara, Jasmine of Zooming Japan is going on a journey taking you all around the prefecture to experience the marvelous nature, culture and food.

The Legend of Kinojo: The Demon Castle

This Okayama castle is literally called, 'Castle of a Demon.' Find out why!

Have you ever seen a red dragonfly? You can in Japan!

Check out an interview with Julien Mentzer as he discusses how his book, 'Japanese Castles – A Backpacker’s Guide,' can help you discover all the castle treasures of Japan.

How to Find the Remains of Zeze Castle

Many castles in Japan are easy to find, as they are official landmarks treasured by the country. However, there are also some hidden gems that are less frequently visited, but worth the venture if you know where to find them!

Check Out this Cute Hello Kitty Café in Himeji

Who would have known Hello Kitty would be nestled so nicely in this cute café, ready to greet you on your way to Himeji Castle!

What Exactly Is Golden Week?

Find out about the nation's most popular holiday!

The word 'omiyage' is often translated as 'souvenir.' But while the concept is similar, the idea of 'omiyage' goes much deeper than the coffee mugs, T-shirts and key chains most people from North America would imagine bringing back from a vacation.

Do you know your 'sakura' vocabulary?

Since northern Japan gets its cherry blossoms later than the rest of the country, even if you've missed the first round of 'sakura' to the south, you can often catch late blooms in Tohoku and Hokkaido as late as the end of April or even early May.

Jasmine at Zooming Japan offers much more than a list, providing details on the "double-cleansing method," tips on the best uses for facial masks, and recommendations for hot YouTubers to watch for details.

Explore Sapporo in the Snow

Sapporo is the fifth most populous city in Japan, yet most of the big tourist attractions can be reached on foot from Sapporo Station.

3 Ways to Get More Out of a Temple Visit

Three can't-miss activities during a Japanese temple or shrine pilgrimage.

Shizuoka Prefecture houses the oldest Toshogu shrine in Japan, where shogun Tokugawa Ieyasu was laid to rest before being moved to Nikko. The shrine still contains part of his spirit.

Visit One of the 4 Largest Temples in Japan!

A Guide to the Kumano Kodo Pilgrimage Trails

Winding through the Kii Peninsula, these are the only UNESCO World Heritage pilgrimage trails in Japan.

Throw 'Undama' at This Seaside Shrine

Udo Shrine in Miyazaki features a fun way to gain some good fortune!

How to Use a Loppi Ticket Machine