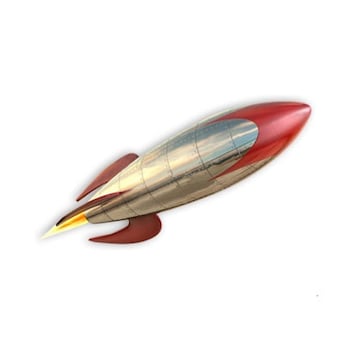 All About SoraNews24
Headquartered in Tokyo, Japan, SoraNews24 is a bilingual news blog. Since our humble launch in 2008 we’ve built a massive fan base by reporting the interesting, strange and random.

Japan is known for its unusual Kit Kats, including its latest Kit Kat, made all the more special as it uses chocolate made from cacao nibs aged in whiskey barrels for 180 days.

Journey to Your Winter Wonderland via Catbus

We were blown away by this anime snow builder's renditions of Totoro's Catbus and other fan favorites.

It’s not every day an American band announces it will be releasing its very own sake, but that’s what happened when rock royalty Foo Fighters uploaded a surprising new video on their official YouTube channel.

Soy Man are Here to Sate Your Meat-Free Hunger

Craving a pork cutlet sandwich, beef bowl, or plate of meat sauce pasta? The convenience store has got you covered. But what if you wanting the taste of meat without eating

On January 7, 2021, the Sega Shinjuku Kabukicho arcade officially received a certificate saying they broke the Guinness World Record for having the most crane games in a single establishment.

It's high time to start making your cherry-blossom-viewing plans.

Beer lovers in Japan had been looking forward to the release of a new limited-edition brew this January. But one spelling mistake is going to keep them waiting longer.

Delight Your Valentine with Pokémon Chocolates

What do you get for the Pokémon fan who has caught 'em all this Valentine's Day? Your heart in the form of these chocolates!

Japan’s first, and most popular, "vocaloid idol" has long been an ambassador for Sapporo. However, Miku just may also be attaching her name and star power to Sapporo's Okadama Airport.

A recent survey by the Japanese Internet portal Biglobe asked Japanese workers, many of whom have transitioned to telecommuting, what they don’t miss about their old workdays. Here are the Top 8 responses.

Some good news for those of us getting through 2021 at home with a stiff drink in hand: Hibiki is coming out with some new whiskey blends, including one made in cherry blossom barrels!

Dictionary company Sanseido had a lot of strong contenders for its annual Word of the Year contest, as a lot of new words sprung up into everyday conversation like "lockdown" and "social distance." But, the chosen word for 2020 was still a big surprise!

The Lockup Is Back with Eerie Winter Dishes

The Lockup, like many eateries, shut down due to Covid-19. However, the Tokyo Kabukicho location reopened on July 1. Since then, they’ve been working hard on some special new dishes for the winter season. Put on your handcuffs and let's take a look.

As he does every December 12, the head abbot of Kiyomizudera Temple took his usual place in front of a blank board on the site’s famous balcony, raised a large brush, and began the strokes that revealed the top character for 2020.

If you’re going to be spending several hours a day at your computer, aesthetics are important in keeping your wellness level up. And if that aesthetic is "techno arachnid super-villain," then there’s really only one sensible furniture choice.

Muscle Plus wants to be your source for muscular images. Because if no one else was going to provide them, well-known bodybuilder Akihito Ohara figured it was up to him.

After releasing a very lengthy trailer, upcoming film Midnight Swan has the internet abuzz with discussions about the theme of the movie—notably former SMAP member Tsuyoshi Kusanagi playing a trans woman—as well as the length of the trailer itself.

Not All Use Chopsticks the 'Traditional' Way

As a society that thinks thoroughly about etiquette, there is, of course, a prescribed way to hold chopsticks. But, the vocabulary around the method being "correct" is being slowly changed to be called the traditional way, as we learn in this video.

Are you ready for Japan's latest carnivore craze? The limited-time all-you-can-eat event from Burger King is coming September 18-22. And we have the details.

Pokémon worked with Mizuno to bring a line of snappy sportswear and accessories to be sold exclusively at their Pokémon Center outlets and select Mizuno branches.